Raincouver morphs into Lotusland when the sun shines

When the sun shines on Vancouver there is no way to downplay the city’s natural beauty. No hard-bitten cynic hepped up about its high-cost of real estate can withstand the onslaught of the views of the north shore mountains, English Bay, a rain forest and the view of snow-capped Mount Baker in the sun. The cynics can go to town during a January rainy spell. 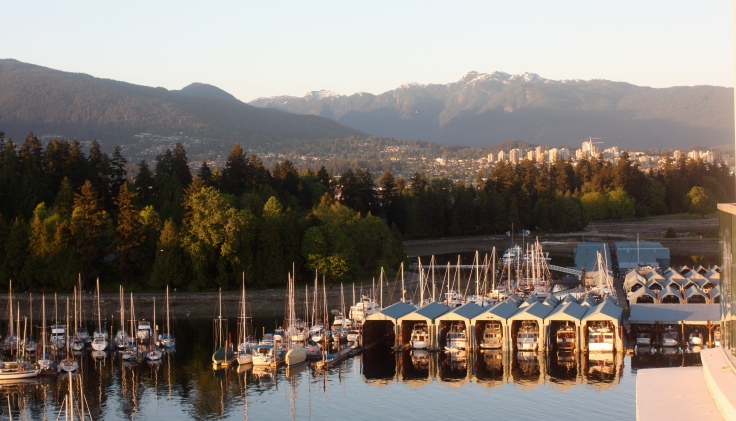 I love living in the country surrounded by nature where you can see the stars and the only ambient sounds are made by wildlife. However, a long weekend in a city packed with shopping, restaurants and entertainment is a needed adrenaline boost from time-to-time. Why not spend that long weekend in arguably the best city in the world which happens to be only a five-hour drive away?

Our weekend centred around the West End where my daughter has recently moved from Calgary and where my brother, his wife and family live.

The West End is a champ. The neighbourhood has been named the best in the country in the annual Great Places in Canada contest. It’s known for its beaches, proximity to Stanley Park and a high-density, walkable lifestyle with treed promenades. Originally a forested wilderness, the area was purchased in 1862 by John Morton, Samuel Brighouse and William Hailstone, three men known as the Three Greenhorns because people thought they paid too much for the land. Last laugh is on them eh?

The hood became home to richest railroad families and a lot of nice architecture survives from that era including Roedde House which is now a museum. The house is haunted by two daughters named Anna that met untimely deaths…one by eating poison berries and another killed by a patient while working as a nurse at St. Paul’s Hospital.

Breakfast at the Greenhorn Espresso Cafe is the essence of the West End distilled in big, frothy cup. Named after the area’s original owners, it’s in a heritage home and offers a variety of cozy modern seating with views of the passing sidewalk scene. This hidden treasure is a two-minute walk from my daughter’s apartment and is already her new local.

After my post about Paris chocolate shops and bakeries, a trip to Ladurée’s first Canadian location was on the list.

A modest selection of Citron, Caramel Fleur de Sel and Café macarons, at $3 each, were packaged beautifully in a keepsake box for us. The melt-in-your-mouth flavour explosions are actually made in Paris and flown to Vancouver.

It was a day made for window shopping and strolling. Spring rains and recent warm weather brought out every scented bloom in the West End. 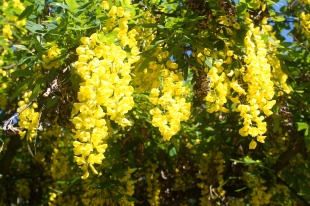 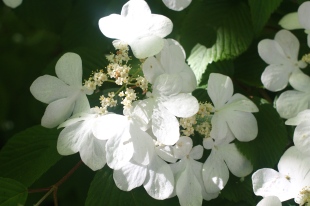 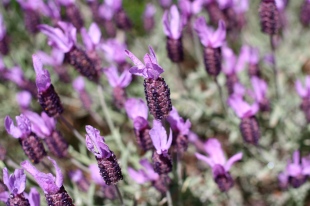 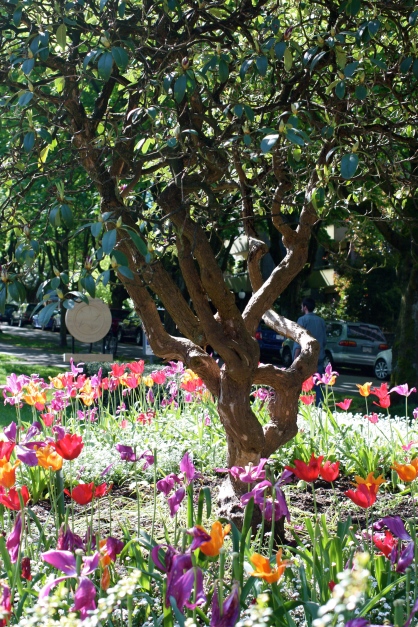 Billed as the home of the bison burger, Timber has been “givin’er since 2015” and it’s fun uber Canadian atmosphere had us at Deaner the taxidermy beaver that sits proudly in the window.

When in Rome, or Canada as the case may be, it’s best to order the house specialty which most of our party did. In a very ungourmet way, I went comfort food with mac and cheese with house-made sriracha ketchup with smoked pork crackling served by a plaid-shirted waiter. It blew my socks off. I’m going back.

By happenstance, we ended up chef Chris Whittaker’s adjacent restaurant, Forage, for dinner. 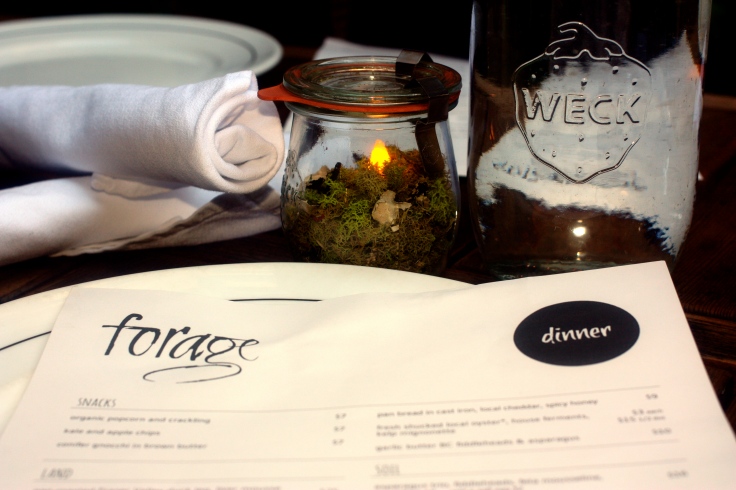 The farm-to-table restaurant has a clean, modern look. We chose to sit outside at a relaxed picnic table set-up and were encouraged to order a variety of menu items to try and share, tapas-style. If you go, there is one must-order. Chef Whittaker’s seafood chowder, chicharron, quails egg is the bomb and its a double winner of the Chowder Chowdown at the Vancouver Aquarium. Because the chowder won, it’s “secret” recipe has been published although it looks like it would be tricky to make at home.

Chef Whittaker is a bee-keeper at home and works with small lot farmers taking his role seriously as promoting the sustainability of our food system. All well and good but we would go back because everything tasted so good, the atmosphere was the right mix of casual and the staff fun and welcoming.

Although it looks like we ate our way through our West End weekend, we had a mission. We  were carbo loading for our Sunday race. A great representation of the family ran either the marathon, half-marathon or 8 km BMO Vancouver Marathon. We joined about 16,500 in the race’s 45th edition and burned off a few of those calories.