Secret Garden…If I show you is it still secret?

A labour of love. Lots of labour…lots of love. The Handyman built me an English secret garden over the past five years. I can’t wait for spring so I’m jumping ahead a few months.

As the Okanagan is so hot and dry in summer, the best way to re-create England was to do so in a contained area that could have heaps of compost and good soil and be efficiently irrigated. The soil is very sandy here so this step was key.

My ultimate garden is one where you can shove your hand into rich loamy soil up to your elbow. I’ve been working hard amending the soil every year to keep it that way. 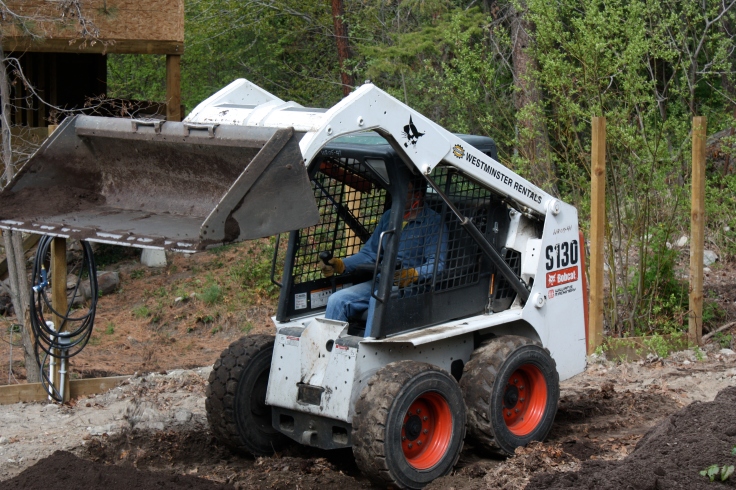 Handyman can do pretty much anything with some rental equipment. The garden is located on what was a hill. We, well…he raised it even more and levelled it before installing cedar fencing around the perimeter.

He built this round gate in the garage in the winter and installed it the first spring we were here. I’ve toyed with painting it to emphasize the roundness but am still deciding. It’s awaiting a latch of some kind as well.

Stuff grows like Jack’s magic beanstalk with the good soil, proper irrigation and the protection from the wind. I’ve never seen anything like it. After moving from Calgary with its challenging gardening conditions its hard to have any discipline or order. I have a tendency to plant some of everything so it’s an editing work in progress.

“However many years she lived, Mary always felt that ‘she should never forget that first morning when her garden began to grow’.” Frances Hodgson Burnett, The Secret Garden.

“Is the spring coming?” he said. “What is it like?” … “It is the sun shining on the rain and the rain falling on the sunshine…” Frances Hodgson, The Secret Garden.

“The Secret Garden was what Mary called it when she was thinking of it. She liked the name, and she liked still more the feeling that when its beautiful old walls shut her in no one knew where she was. It seemed almost like being shut out of the world in some fairy place.” Frances Hodgson Burnett, The Secret Garden.

12 thoughts on “Secret Garden…If I show you is it still secret?”

A Tiny Farm In A Big Garden