In a village of only 2,500, there is a bit of gossip. An in-the-know neighbour gave me the rundown on who is spending time with which Naramatian (yup, that’s really what we are called…kind of like Martians). “Things are pretty active in Naramattress at the moment.”

Oh well, Nevermatters – another  fondly used nickname for the village where people come to get away from pretty much everything. 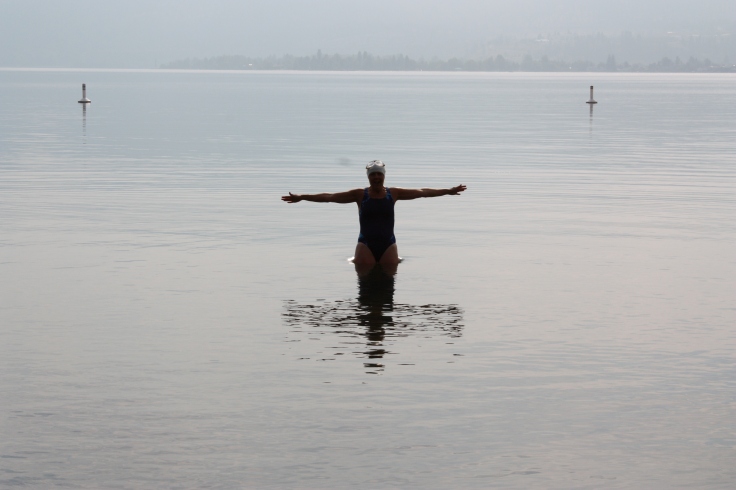 In summer, I call it Bearamatta.

This very healthy black bear kept me up in the tree fort, wondering if she would attempt to get in the trap door, until she decided to move along. My what big claws you have…

Nicknames aside, the legend behind Naramata’s naming is the most appealing story of all.

In 1905 Naramata was originally called East Summerland which was too confusing, I guess. The postmaster’s wife, Mrs. Gillespie was a bit of a hippie dippie in her day apparently. She was a medium of the American Spiritualistic church and invited some of her pals over for a get-together at which she went into a “spiritualist trance.” The spirit of a great Sioux Indian Chief, Big Moose, came to her and spoke of his dearly loved wife calling her Nar-ra-mah-tah, as she was the Smile of Manitou. All and sundry were struck by Mrs. Gillespie’s revelation, a few extra letters were dropped and here we are. (I wonder if Big Moose every worried about Narramahtah’s faithfulness…)

Like discovering the biggest used bookstore in Western Canada just down the road, living in a Village named during a “spiritualist trance” is too good to be true…and I haven’t even begun to talk about all the wineries in my hood.

Tall Tales From The Field