The girlies would tell you this tale if they could but their typing is hunt and peck at best and would take far too long. I think the whole event confuses them as well. An aside… Did you know chickens have a great memory and can differentiate between more than 100 human or animal faces. They love to play, they dream (about eating millions of bugs?), they mourn for each other and they feel pain and distress. They also make great moms — they talk to their chicks while still in the egg and turn the eggs about 50 times a day. 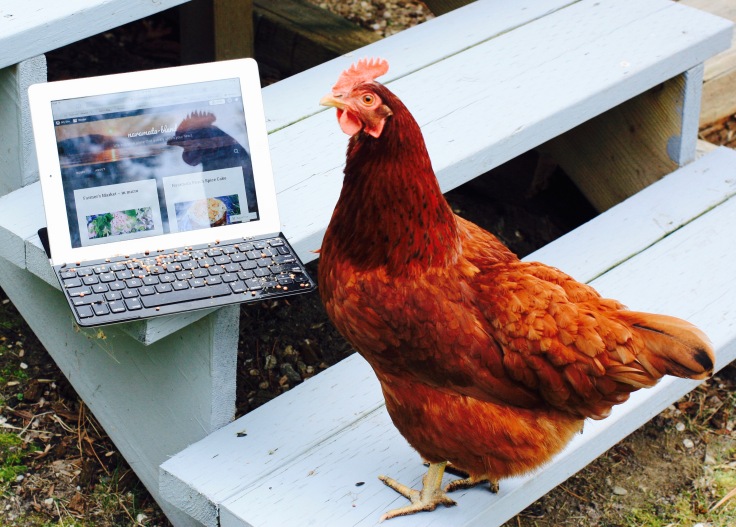 A week into chicken husbandry I am still getting up at 6 a.m. to check on them. In my pjs, no coffee on board, I duck into their coop to change the water and hear the run latch gently click shut with me inside.

The run is some distance from the house and the sleeping Handyman who decidedly  does not wake up at 6 a.m.

The old weird song lyrics start going through my head…

Oh, dear, what can the matter be
Three old ladies locked in the lavatory
They were there from Monday to Saturday
Nobody knew they were there

I try using a stick to poke through the hardware cloth and lift the latch up.

The first one’s name was Elizabeth Porter
She went in to be rid of some overdue water
And she stayed there far more than she ought to
And nobody knew she was there.

Maria and The Baroness are watching me curiously. (Re side note…they are smarter than you think.) I then try pushing the hardware cloth out, with a fair bit of force, in several spots. The Handyman is really good at building things and the coop is racoon-proof, or so we thought.

The second one’s name was Elizabeth Pomphrey
She went in and made herself comfy
Then she said: “Girls, I can’t get my bum free.”
And nobody knew she was there

After only a week with my new pals we aren’t super comfortable with each other. They are eyeing me suspiciously and making low murmuring sounds. Another aside…Researchers have shown that there are at least 24 different sounds chickens make and maybe as many as 30. While chickens don’t have nearly the vocabulary that us humans have, and their chicken brains don’t allow for abstract and deep conversations, they are still a very vocal and conversational critter.

I finally hit on the solution and break a few zip ties that are securing a set of overlapping panels of the hardware cloth and make my great escape. Coffee!

The last one’s name was Elizabeth Carter
She was known as a world renowned farter
She went in and played a sonata
And nobody knew she was there.

Later that day The Handyman installed a rope gizmo allowing the latch to be opened from the inside as well.

The day after the escape from the coop I woke at 6 to find the nesting box door hanging open. I ran to the coop expecting it to be empty or a scene of indescribable carnage but found the girlies milling about in the run, all feathers accounted for. The new bungee addition makes the coop really racoon proof.

Because chickens are clever creatures, each occupying a different role in the pecking order, keeping them in your backyard gives you a chance to see the individual personalities and quirks. Maria is fascinated by holes of any kind. She is also the boss. 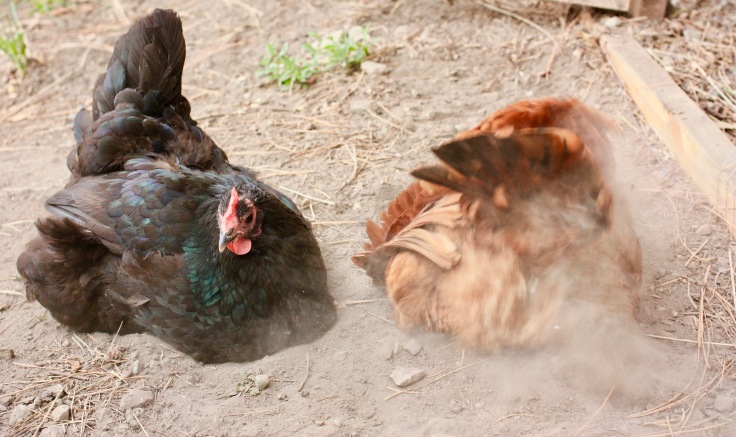 Here she is sorting out the perfect spot for a dustbath. Distracted momentarily, The Baroness steals her spot… not for long. After a dust up Maria reclaims her throne.

The girls and The Handyman

Despite being told I am the chicken lady and in sole charge, I catch The Handyman letting the girls out when he is working on the farm…and he talks to them and makes a special clucking noise. The exercise king, here he is taking them on a little jog…which is funny itself. Something about chickens running cracks me up. 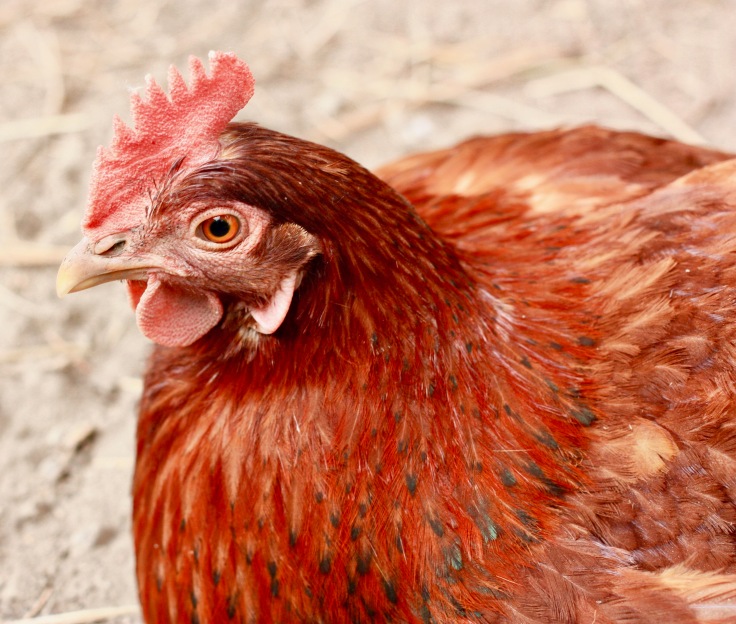 A taste of country life

I love our chickens. Who would have thought it. They are curious, interesting, sweet creatures who demand little and give us eggs daily. I feel good about giving them great food, room to roam and a nice, cruelty-free life. 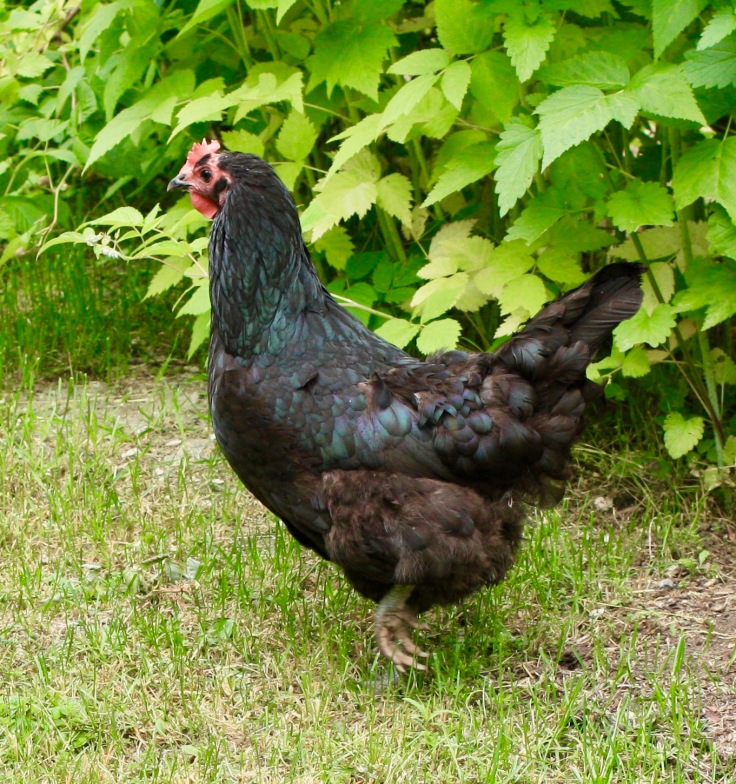 They give us breakfast in return and lovely fluffy cakes.