Lavender harvesting with every bee in Naramata 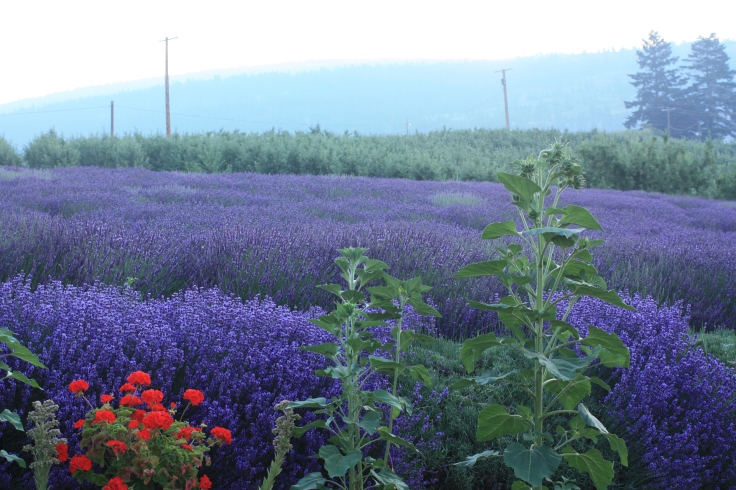 Harvesting lavender…those words together sound pretty idyllic. Even in the heat and smoke from Okanagan fires it is a pretty amazing way to spend a morning. It is the only farm work I’ve done where you come home hot, dirty and sore but smelling better than when you started.

In movie speak It’s The Colour of Purple, Scent of a Woman and Attack of the Killer Bees all rolled into one. The glorious purpleness of the fields, the clean, stringent and all encompassing lavender aroma and the buzzing of a zillion bees make the time spent at Forest Greenman Lavender Farm in Naramata an intense sensory experience. This photo essay captures the sights of the morning…your imagination will have to fill in the rest. 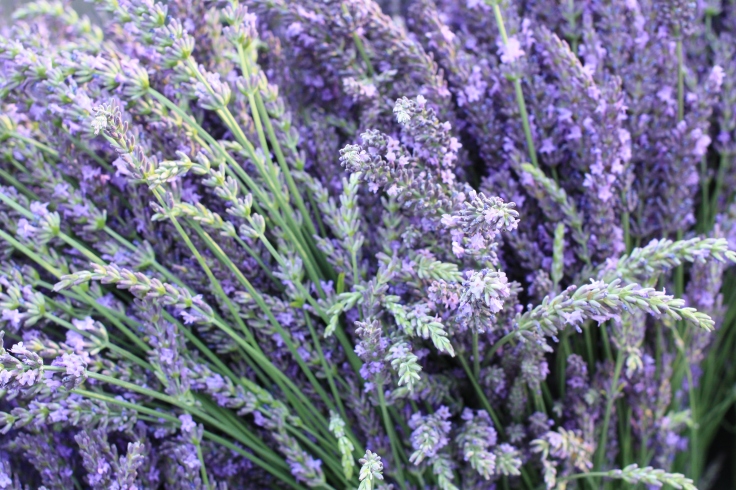 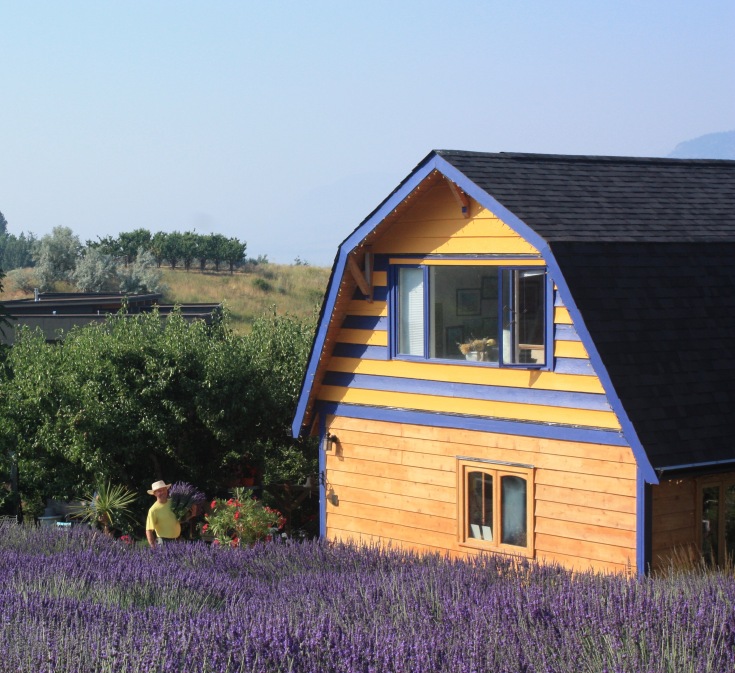 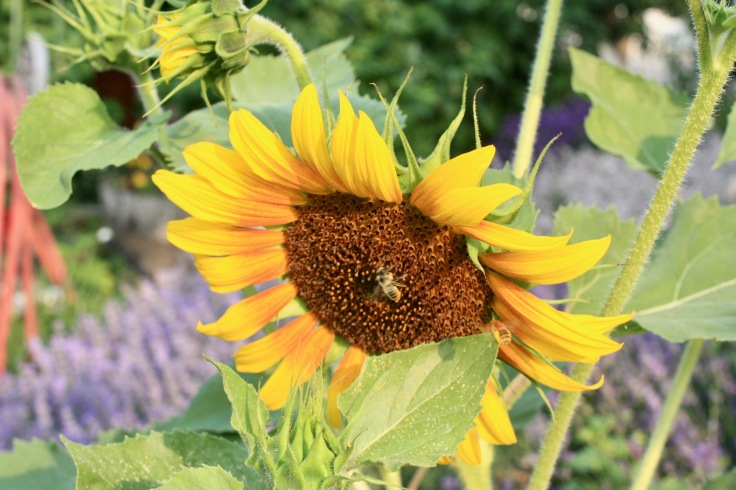 3. Bees are big fans of lavender, especially when most other Okanagan Valley crops are no longer in bloom and numerous apiarists have cleverly placed hives near the lavender farm. As we worked, bees would move from the plant being harvested to the next, in their quest to make lavender honey. The Handyman, who also came to harvest, was worried. “What’s going to happen when we reach the very last plant? There are going to be a great many very pissed off bees on it.” Fortunately, we left before that eventuality.

4. I am a miser. The harder I work for a buck the less I am willing to spend it. This goes for the income from our raspberry farming as well. Money earned from writing is much easier to spend on a lunch out or a drink at the lovely distillery at the end of our road.

5. This sounds completely romance novel mawkishly sentimental, but experiences like harvesting lavender at Doug and Karolina’s farm with The Handyman, our friend Bill and new friends made in the field, makes me love Naramata all the more. A last snippet of conversation to dispel the barfiness…”Doug, I think the best place to fart is in a lavender field. No one would notice.” Doug’s measured response, “I completely disagree. I think the contrast is too great. A much better place to pass wind would be in a sewage treatment plant where it would go unremarked, in my opinion.”

Me and my camera paid a visit to Karolina and Doug’s lavender farm to drop off 140 white lavender plants I started from cuttings for them in my greenhouse.

In an earlier post…Money for nothing and the plants for free…I did an experiment using honey on half the stems to be rooted and a root hormone stimulate (powder) on the other half. I had equal success with both methods so will use the more natural, readily available and economical honey from now on. After I took the cuttings from the farm, prepared them for planting, transplanted them from plug trays into bigger pots and  fussed and hovered over the little guys for several months I have now turned them over to the lavender farm to complete the fussing for a while longer before they have enough of a root system to withstand transplanting in the field. Lavender grows best from cuttings as they often don’t come true from seeds. The white lavender looks stunning in wedding photographs. I did a trade for some of the farms famous Balton sour cherries. 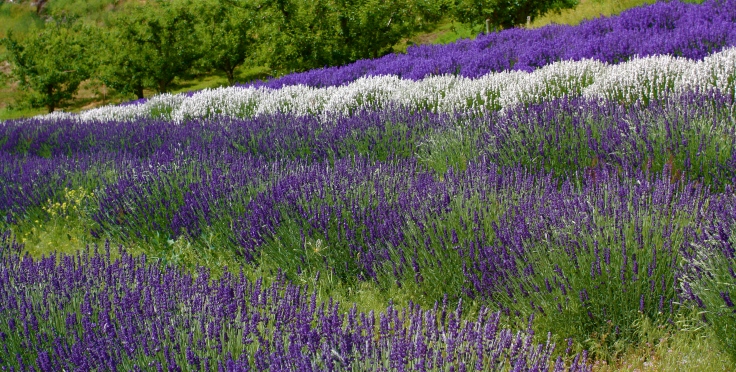 The farm was in the midst of their first harvesting when I stopped by. 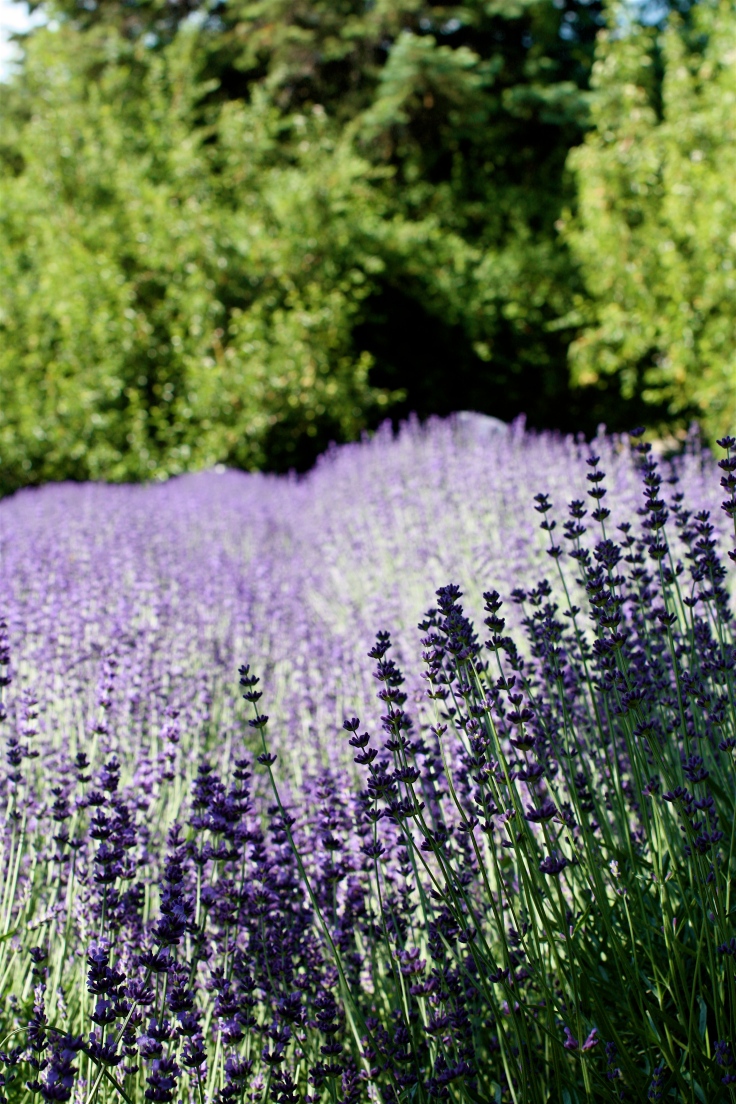 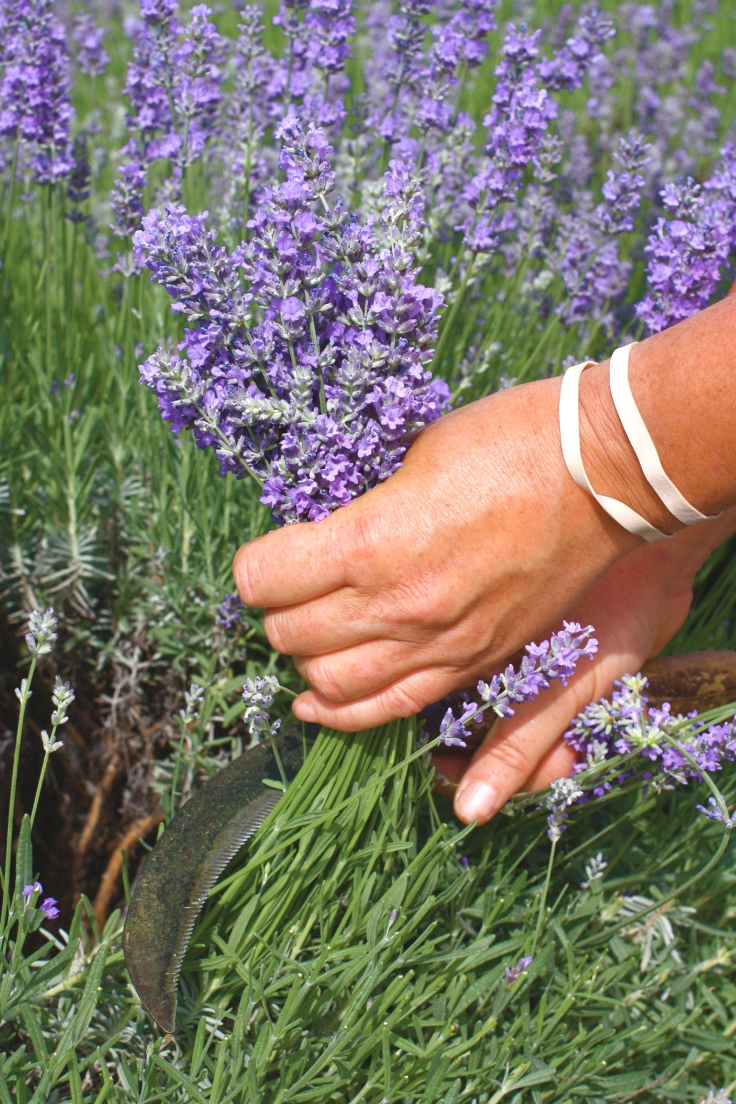 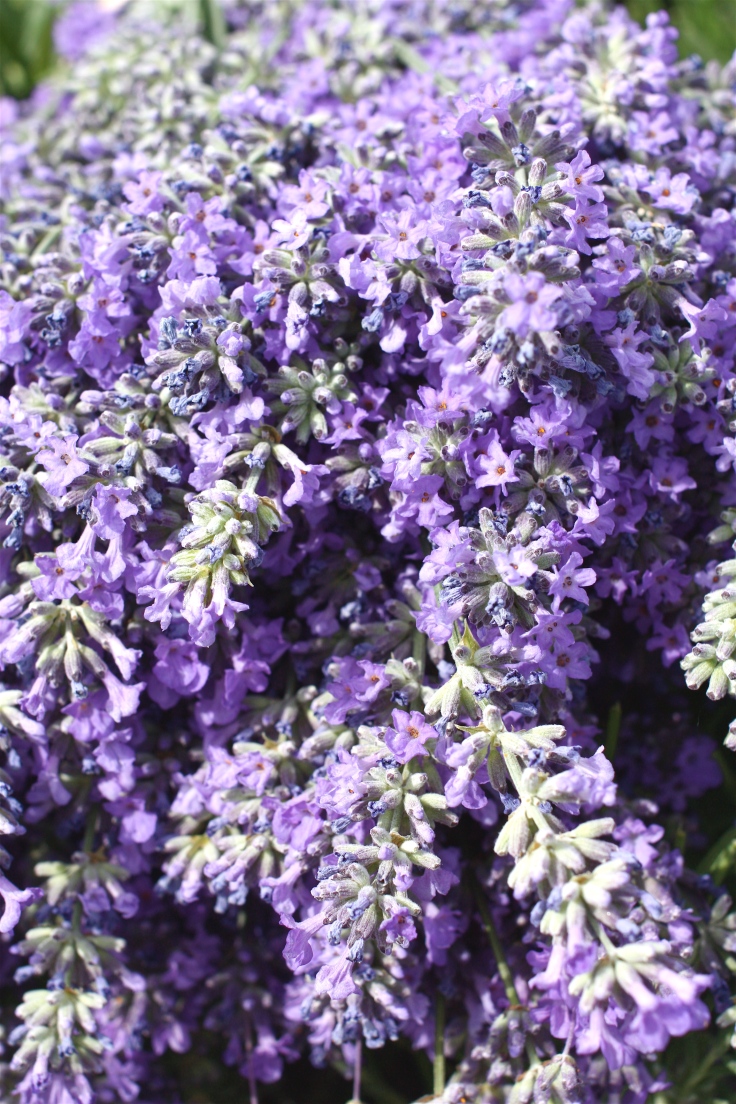 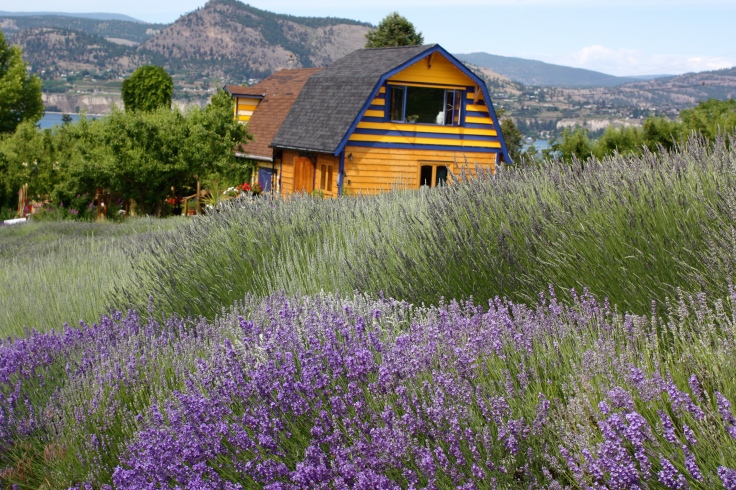