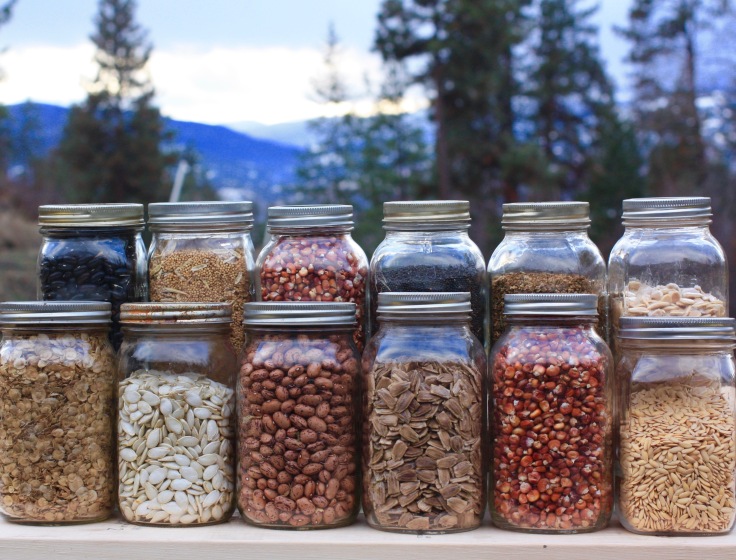 “I’ve been doing this for a little more than 20 years, ” says Naramatian Tim Skrypiczajko as he shows me around one of the two plots of land he farms on North Naramata Road.
“I learned to garden from some old-school organic farmers, they saved their own seed, so to me it’s always been a part of the process.”

Over the past 50 or so years seed growing has changed dramatically as part of the industrialization of agriculture that resulted in commercial vegetable seed growing becoming specialized and in the hands of a relatively few companies and people. Farmers like Tim are working  hard to preserve and maintain unique seedstock suited to particular micro-climates. He quotes John Navazio, the author of The Organic Seed Grower, “The seed was part of their farm and their farm was part of the seed. Each variety that was selected over time to meet the environmental conditions and the farmer’s needs became part of the whole system used on the farm.” That was the way it had always worked and Tim is doing his part to continue that valuable tradition in Naramata.

“I’m a curious person by nature, so I just started to try to grow as many different things as possible. If it was something I’d never heard of before, even better.” Tim started saving seeds and expanding the variety of seeds he grew in earnest. “I would seek out new and different varieties from small seed companies here and there, as well as a few other sources and started to amass a large collection.” His collection grew to the point that he turned his hobby into a business in 2010 and began selling seeds. He has now at the point that the Naramata Seed Company is his primary focus.

“I still treat it like a hobby though. Growing so many different things keeps it interesting. The only part of the business that feels like a real job is the marketing stuff,” he adds.

Tim says his philosophy has always been to work with the farm — it’s soil, climate, topography… and farm in a way that’s suitable for that. “At some point I realized the place where I live is the ideal place to produce seeds so it made sense to focus on that. I feel the plots I farm are the best place in Canada to produce certain kinds of seeds.”

“I discovered that growing and selling seeds is a good way to make a viable income from a couple acres of land, while being able to do most of the work by hand and not having to use lots of machinery, which I like.

“Sometimes I wonder how I ended up doing this, and think that somehow the seeds chose me to be their custodian, not the other way around.”

The Naramata Seed Company’s seeds are open-pollinated, untreated and of course non-GMO and Tim farms using traditional chemical-free farming techniques. He is dedicated to the preservation of genetic diversity and is focused on rare and historic varieties.

Starting your own seeds is easier than you think

Tim says it’s easy to grow plants from seeds and encourages everyone to give it a try. “You will soon realize it’s not as daunting as it seems. There are lots more people who want to try growing from seed all the time.” 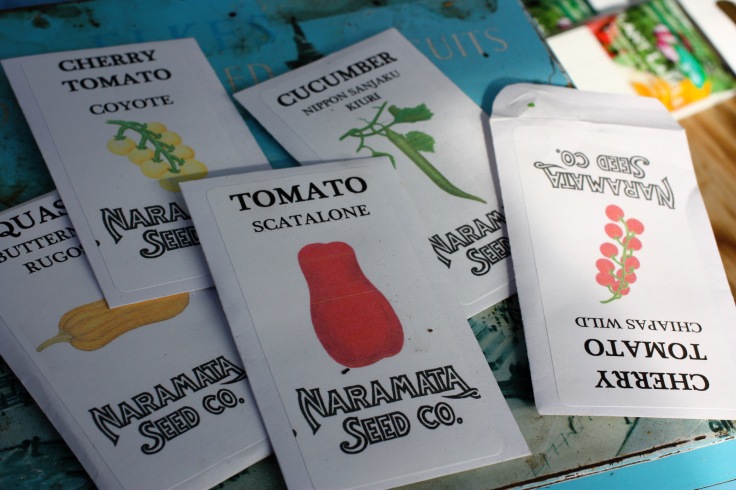 A tomato is born

Naramata is a great place to grow anything, he says. North Naramata’s isolation from other farms and gardens reduces the risk of potential cross-pollination he adds.

As for the future, the Naramata Seed Company will soon have an upgraded website making online ordering easy. His goal is to grow the company to the point where he can focus on the growing and seed cleaning and turn the marketing over to someone else.

Tim is playing a key role in Slow & Seedy Sunday taking place in Naramata February 11 from 11 – 3 at Columbia Hall. The free event hosted by NaramataSlow will include seed and garden-related vendors, a preserve exchange and information on a backyard chicken project. Speakers include James Young, who has obtained farm status on a relatively modest plot of land in the Village, beekeeper Tim Bouwmeester of Desert Flower Honey and Chris Mathison, the owner/operator of the Grist Mill Garden who will talk about seed starting and diversity. Check out the NaramataSlow Facebook page to learn more.