There is no better combination in French baking than a tender butter cookie made with ground almonds, sandwiched with hazelnut spread and dipped in dark chocolate. These Flours de Lin are relatively easy to make and have become a staple in my Christmas baking.  Even if your piping skills aren’t up to scratch they are so tasty it won’t matter.

Sift the flour into a bowl and set aside. Place the soft butter with the sea salt and sugar in the bowl of a stand-mixer and mix with the paddle attachment for 1 minute on medium speed. (Note…if your butter isn’t soft these cookies will require Popeye muscles to pipe) Add the almond flour, egg whites and vanilla and mix until incorporated. Add the sifted flour and mix for 30 seconds only on low speed. Do not over-mix as it will spoil the delicacy of the cookies.

Scrape the mixture into a pastry bag fitted with a 3/8 inch star tip. Pipe 1 1/2-inch-long flat teardrop cookies onto the parchment-paper-lined sheet plans, leaving 1/2 space in between them and staggering the rows.

Hold the pastry bag with the tip at a 45-degree angle, close to the sheet pan. Continue to press on the bag and swing the tip toward you while you progressively stop pressing, so that the teardrop ends in a tail.

Let the cookies rest at room temperature for 1 hour. Thirty minutes before baking preheat the oven to 375 F.

Bake the cookies for 15 minutes, until golden brown. Cool completely.

Once cool, flip half of the cookies over and pipe a small amount of the hazelnut paste. Top with another cookie and press down lightly to sandwich.

Slowly melt the dark chocolate over a double boiler. Dip the tail of each cookie into the chocolate and place the cooke on parchment paper. Let the chocolate harden and then store the cookies in an airtight container. Do not refrigerate.

(You can substitute the hazelnut paste with a chocolate ganache or raspberry jam if you like.)

One of the Handyman’s favourite varieties of biscuits is the French treat, Petit Ecolier. They have a butter biscuit base and an embossed chocolate top featuring a little schoolboy.
Made by the LU cookie company, their excellent quality cookies dominate the supermarket offering in France. More than 150 years ago, the LU cookie company was begun in the western city of Nantes by the husband and wife team Jean-Romain Lefèvre and Pauline-Isabelle Utile (the first initials in their last names were combined to name the company).

At first the company was mostly just a luxury store where people came to buy carefully crafted cookies, served with great show and packaged for gift giving. Over time and as the company’s care was passed from one generation to the next, the company changed over to the industrialized production of cookies.

Their marketing campaigns featured many delightful advertisements created by artists, and the le Petit Ecolier (Little School Boy) painted by Firmin Bouisset became emblematic for the LU company. The company has now been taken over by Kraft but the quality has remained the same.

The Handyman’s go-to Petit Ecolier is now made by Quebec company Leclerc that began making their Celebration version about 15 years ago. The chocolate top features an image of the Chateau Frontenac in Quebec City. This company was formed in 1905.
In a small backroom at his family home on Arago Street in Quebec City, Francois Leclerc baked his very first cookies. These cookies were from  a tried-and-true jelly cookie recipe belonging to his wife, Zelia.

This version, made in Quebec, has a 45% cocoa dark chocolate cookie topper.

Ricardo Cuisine makes a butter cookie cutter and chocolate moulds kit that works beautifully to let you make your own version at home and up the ante by adding no artificial flavours or soya lecithin and increasing the cocoa content of the chocolate.

The butter cookies are easy to make although it takes awhile to make all the chocolate tops with the six moulds provided in the kit (which costs under $20). 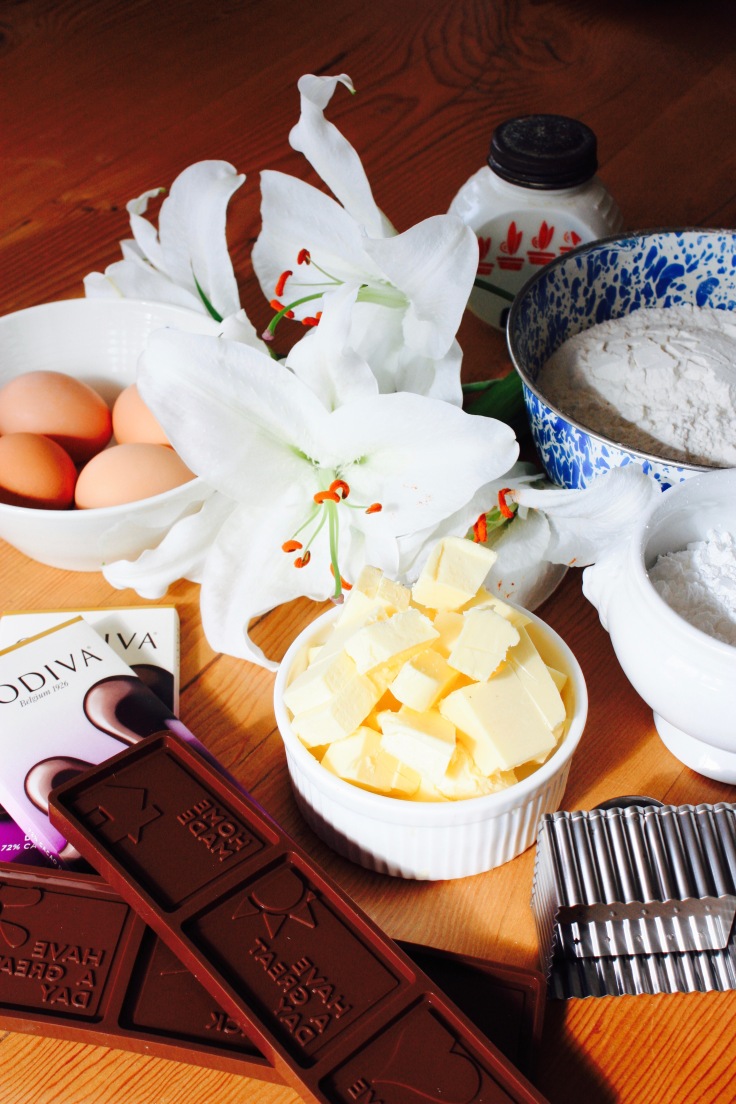 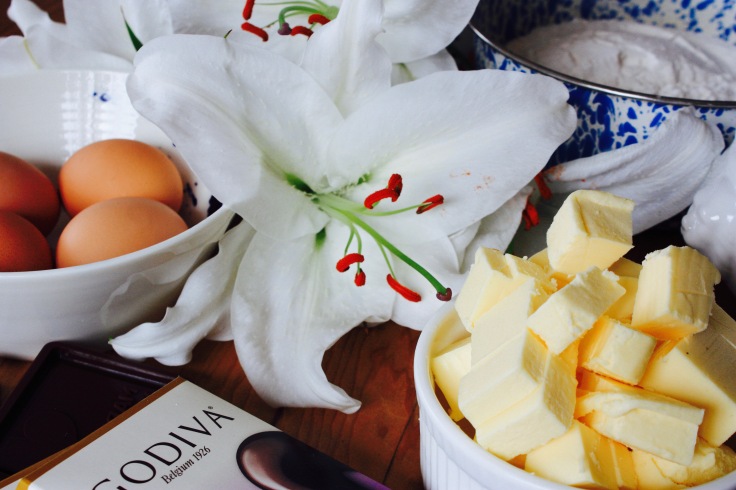 Place flour, sugar, butter and salt in the bowl of a food processor; process until mixture is the texture of coarse meal. (You could also do this by hand cutting in the butter.) In a small bowl, lightly beat egg yolks and vanilla; with motor running, add to food processor. Process just until a dough forms. Form into two discs, wrap in plastic and place in the refrigerator for an hour or so to chill.

Roll dough out to a bit less than a 1/4 inch thick on a lightly floured surface and use the Ricardo butter cookie cutter (which works very well by the way…nice sharp edges). Place the cookies on a parchment-lined baking sheet and bake for about 15 minutes, until the edges are golden brown.

If you let your cookies cool for just two minutes and then place the chocolate disks on top of them, the chocolate will melt nicely and adhere to the biscuits. (Thanks good folks at Ricardo for this tip.) If like me, you didn’t have all your toppers ready beforehand, you can “glue” them onto the butter cookies with a few dabs of the melted chocolate. (You could also use Nutella.)

The Handyman’s verdict on these fun to make cookies? “Delicious and they are even bigger than the store-bought ones which is a very good thing.”